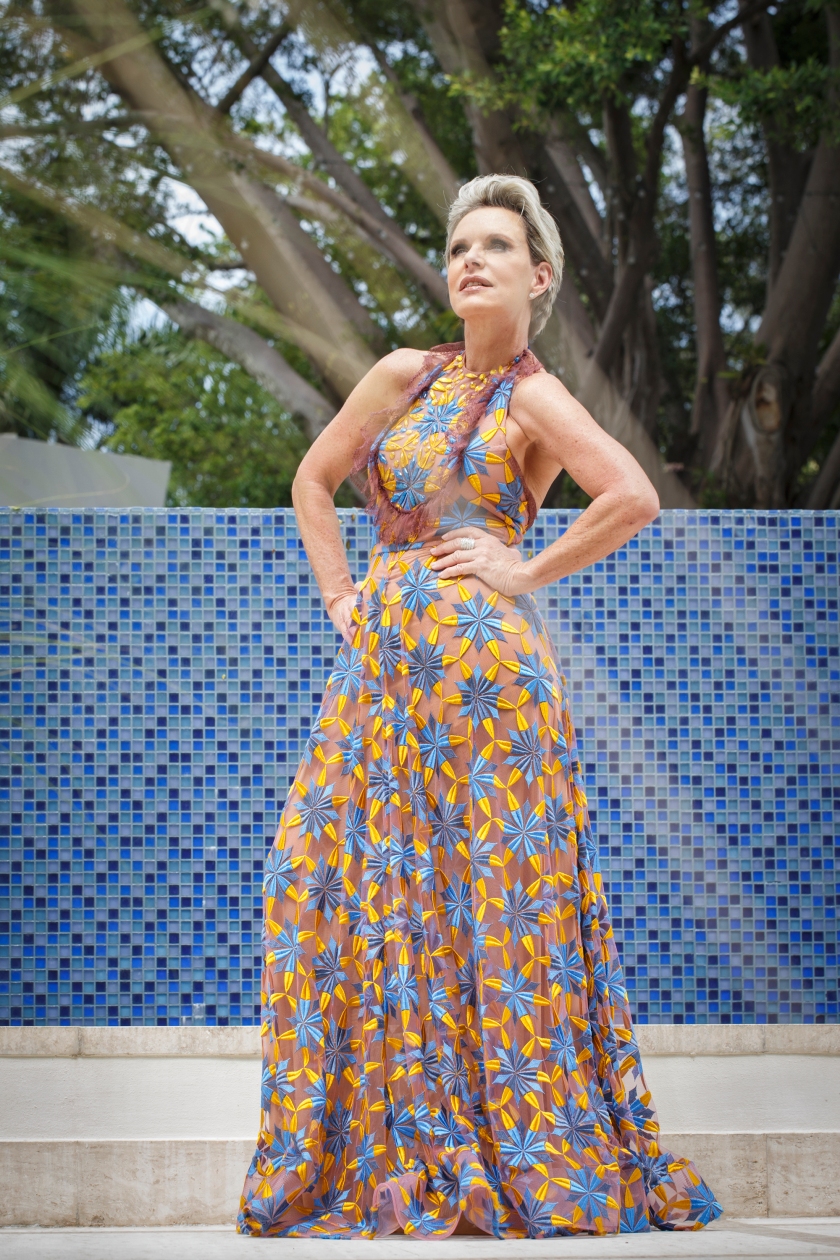 This beautiful and colorful dress by Stella Nolasco will make you look amazing at any resort party or destination wedding. 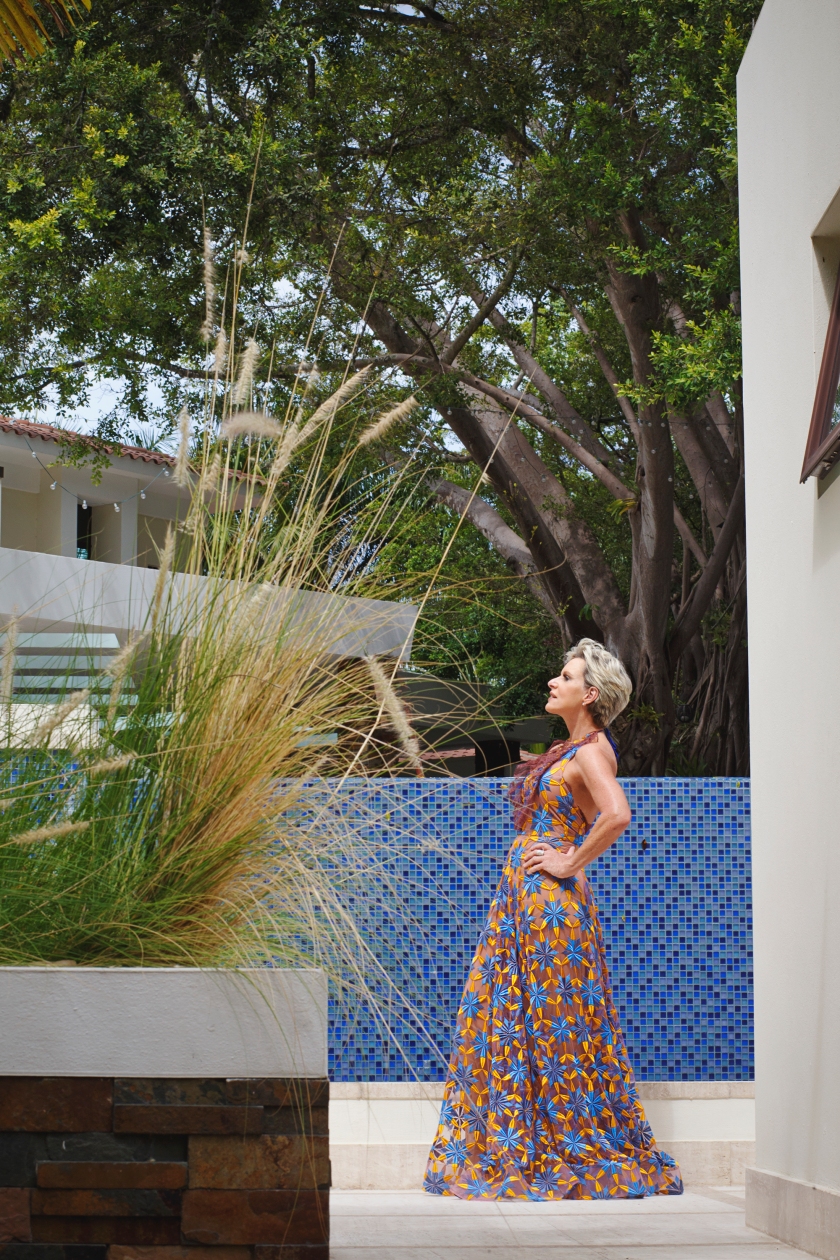 Richard Gere is the handsomest and sexiest man alive.  If you don’t agree don’t follow this blog.  ( Just kidding) Never in my wildest dreams did I  ever imagine I would be able to meet him.  What?  He must live on Mount Olympus.

The first movie I saw him portray was American Gigolo. That sleek walk!  Those shimmery eyes. After that,  I watched him in Officer and a Gentlemen and so on and so forth. I watched all his movies.  I became a teenybopper. The only problem is I was already in my late twenties and married with two children. I grew up (a lot), divorced my first husband, (who wasn’t really an angel in disguise),  and married my actual husband.

Several years later, my husband’s older son became partners, through a mutual friend, with Richard Gere on his Relais & Chateaux hotel: Bedford Post Inn in Westchester, New York.  I asked him several times when we would be able to meet Richard and there was always a rolling delay. I think he thought I would jump on top of him and ask him for his autograph. (Well, maybe he was right).

I used to hear my husband’s son and his wife talk about their trips to the Caribbean with Mr. Gere and his family and I would just sit and drool. Finally, the time came along when they invited my husband and me to the Bedford Post Inn.

We arrived at this lovely hotel and went directly to the Barn Restaurant. Great brunch!  On a corner, I saw Carey Lowell, Richard Gere’s wife at the time. She seemed to be working.   I told my husband who she was and  he said we should go up to her and say hello.  I said, “No, Rafi, these people don’t like to be bothered.  Act cool”.  All of the sudden she stands up comes to our table and says to my husband: “Are  you Pedro’s Dad”   I almost fell off the chair.  She had been waiting for my husband!  She is so pretty, so tall and thin, so nice!

But where was RICHARD?

Richard was nowhere to be found.  So no, I never met him on that trip.  “Well”, I thought to myself, “Annette, forget it”.  “He will never come down from Mount Olympus”.

Was my husband jealous?  Absolutely not!  He was enjoying the whole ordeal.  On  the second night of our stay there, both, my husband’s son and Richard Gere’s partner at the Inn came to have dinner with us at the very chic and gourmet Campagna Restaurant.  That night, Pedro asked his Dad if he could borrow our boat to take Richard Gere to Vieques, an island municipality in the northeastern part of the island of Puerto Rico with breathtaking beaches, for Thanksgiving.  The thing was that we had already planned to use it that Thanksgiving weekend because it was also our anniversary. I told them  I wouldn’t mind them coming along with us!

“Too crowded”, he said.  So when we got back home we called a friend who owns a boat. He agreed to lend it to them.

WE TOO WERE GOING!

The Bedford Post Inn is an exclusive Relais & Chateaux hotel.

Entrance of The Barn restaurant at Bedford Post Inn

Next to an electric car at the Inn.

Thanksgiving weekend came along.    We made it to the island of Vieques,  together with my sister, her husband, and my niece.  Would they have missed this?  Hell no!

After about an hour, their boat arrived and we tied both boats together.  All of the sudden through the window, I caught a glimpse of Richard out on the deck of the boat! My sister and I started taking pictures of him from behind the window.  Terrible, blurry pictures. Besides the fact that we were so nervous of getting caught! 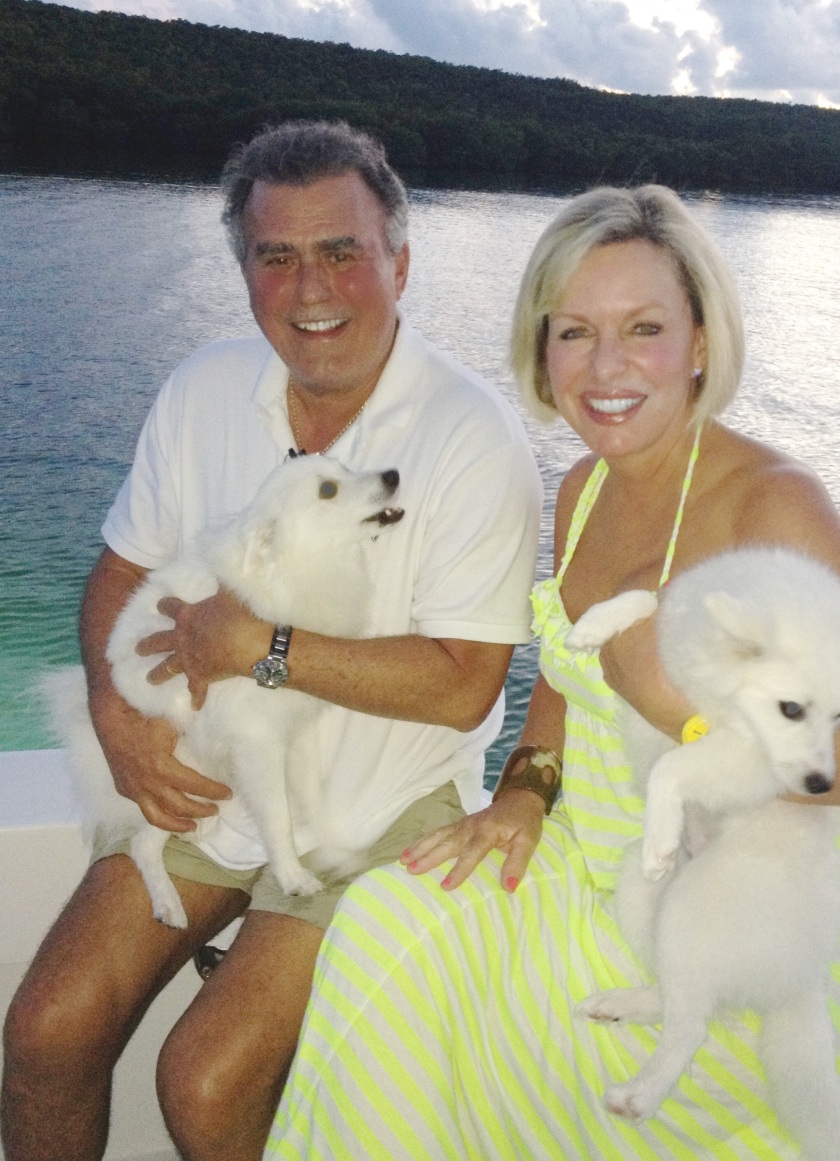 At about 6pm, we crossed over to our neighbor boat.   Suddenly, without any soundtrack music whatsoever, I was in front of Richard Gere himself!  So handsome! And still, those shimmery eyes.

I have always been quite outspoken, but that night I could not utter a sound.  Little squeaks would come out of my throat every time I wanted to speak.  I offered him a white Albariño wine I had taken over, he drank two glasses and complimented me on it.  I think I drank the rest of the bottle by myself.  I was so uptight!  I sat all night thinking of what would be a smart question to ask  him.

My husband, on the other hand, apparently had done his homework and asked him questions about Buddhism, the Four Noble Truths, the Three Marks of Existence, the Cultural Revolution etc. which Richard kindly answered giving us a complete cultural tour.  He is such an admirable and educated man, and yes, extremely handsome. He listens attentively when people talk to him.

To this very day, I still cannot believe I was there sitting at a table eating dinner with Richard and 3 other couples.  I didn’t even eat the turkey for fear of choking on it. The ban on photography continued.

The next day we went swimming on the beach and I was a little more  relaxed but still holding my stomach in all afternoon.

On the day that he left, we all came out to the deck to wave goodbye to him and my niece (young girls they are so fearless besides the fact that they manage those IPhone cameras so well) came out also and in a flash of a second took the only photos I have of the time I met Richard Gere.

He was transported on a dinghy to shore so he could be taken to the local  airport. (Flew on Jet Blue back to Mount Olympus!) And so, after the whole ordeal was over, I could finally relax, stop the belly holding and enjoy the beach.

Uff, it feels so  good to be married to a mortal creature!